Tamara Webb, MA, LPC, LMHC, is a Portland-based psychotherapist. She is a lover of people and of their stories. Personally and professionally dedicated to healing, her strength lies in an ability to help people uncover and understand the stories that shape them – and to hold themselves with compassion as they embrace the process of changing those stories for the better.

From a childhood spent in the company of robust Southern storytellers to her lifelong passion for non-fiction writing and her adult ventures in performance storytelling, Tamara’s life journey follows a trail of words and stories. In her first career, as a Pulitzer-nominated journalist, she developed respect for the power of language to shape meaning both for society and individuals, for its capacity to advance one agenda over another, and for the ease with which people fall beneath the spell of a well-told story – as well as a bad story told repeatedly.

Reporting from the scenes of disasters and traumas over the years, she understands the impact of story on how people perceive traumatic events and how trauma stories can ripple through life in unexpected ways. She’s not joking when she remarks that the ‘D’ in PTSD ought to stand for Depression, because, as she notes, “Once you’ve had enough trauma, it’s very easy to acquire a depressing story about the world and your role in it.” Though she adds, “That doesn’t make the depressing story true….” Stories are malleable, changeable – and fundamentally powerful. Thus, her practice of therapy is sensitive to the work of detecting and addressing the effects of harmful stories clients have acquired over a lifetime.

Although at first blush the two may seem strange bedfellows, Tamara’s journalism career informs her psychotherapy practice in myriad ways. In the course of her reporting, she interviewed approximately 10,000 individuals – from all walks of life. She is as comfortable with a Laotian migrant farmworker as she is with a U.S. Senator, and this ability to meet people where they are shines through in her presence as a therapist. Her well-honed interviewing skills, including an ability to ask questions that are both sensitive and to the point, can be helpful for clients who struggle with self-disclosure.

With extensive experience as an award-winning health and medical writer, Tamara maintains a broad foundation of knowledge on health concerns. She has written extensively on HIV/AIDS, and earned a Pulitzer Prize nomination for her reporting on a pioneering brain surgery that transformed treatment of Parkinson’s disease. With her ongoing interest in health and medicine, she maintains concern for physical well-being throughout the course of therapy and enjoys working collaboratively with primary and allied health care providers to address client concerns. In recent years, Tamara has pursued study on the intersection of mental health and nutrition. She believes evaluation of dietary habits is essential to achieving optimum mental and emotional well-being.

Despite the natural confluence of these two careers, Tamara’s path from journalist to psychotherapist was gradual, initiating with personal tragedy. Her youngest brother lingered in a coma for nearly four years before dying of injuries sustained in a car wreck, an event that personalized the grim scenes she often reported on as a journalist. This experience deepened Tamara’s understanding of end-of-life care and highlighted for her the dreadful gap between medicine’s eagerness to diagnose a problem and its ability to treat it. She saw the need to build a bridge and address the psychological well-being of people facing life-ending conditions, and of their loved ones, as well.

From these experiences, as well as academic and ongoing study of grief & loss issues, Tamara has emerged as a therapist skilled in addressing both common concerns of grief & loss, as well as complicated and traumatic bereavement. She is an experienced facilitator of grief & loss therapy groups and workshops who maintains enthusiasm and optimism for healing and often uses humor in group facilitation. 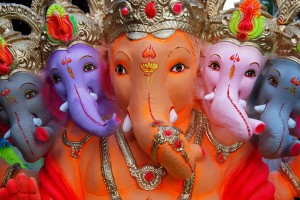 Her Five Bodies approach to counseling weaves these aspects of her professional life together with experience in yoga and the use of mindfulness practices to create a holistic form of psychotherapy that enables her to treat clients from diverse backgrounds and with a wide spectrum of concerns. She credits her friend and colleague minga lily for the teaching, collaboration and healing work that lead to the development of Five Bodies Counseling.

A graduate of Lewis & Clark College Graduate School’s counseling psychology program, Tamara is a Licensed Professional Counselor in Oregon and a Licensed Mental Health Counselor in Washington state. She has extensive clinical experience treating complicated grief, traumatic bereavement, PTSD, depression, bipolar disorder, anxiety, Existential concerns, issues of mid-life and aging and end-of-life matters. With significant cultural experience, she welcomes LGBTQ clients into her practice, and works in an affirming way with all members of the community’s subcultures. She prefers to work with clients who want to become stewards of their own mental and emotional well-being.

Five Bodies Counseling
Psychotherapy for the Whole Being